Customers are encouraged to donate to The Salvation Army’s miniature Red Kettles stationed at the registers of participating Krispy Kreme locations. All donations will support the local communities where the donation was made.

Purchase a dozen donuts and get six free every Friday at this local grocer. In honor of National Doughnut Day, Bashas’ will donate 10 percent of sales of the Smorealicious donut during June to the Salvation Army. The Smorealicious — topped with marshmallow, graham crackers and chocolate drizzle — was the winning entry of Bashas’ Donut Flavor Craze Contest and was created by a 9-year-old girl named Fallon, who lives in Marana.

Get a free doughnut of your choice. The Salvation Army will have mini red kettles to collect donations at Krispy Kreme registers. 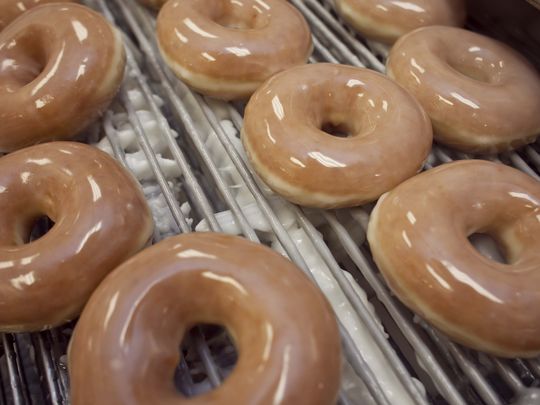 Buy a drink and get one free doughnut. Buy a dozen doughnuts and get a free two-pack. Excludes Talking Stick Arena location in Phoenix.

Get a free classic doughnut of your choice with purchase of a beverage.

Doughnuts are buy one, get one free at this gluten-free bakery in Phoenix. Pre-order a dozen and get 20 percent off. Expect to see such flavors as lemon curd, fruity pebble, coconut cream and s’mores.

Choose any regular doughnut for free. LaMar’s Bars, Bizmarks, fritters and other products made without a center hole are exempted. The Salvation Army will have mini red kettles to collect donations at registers throughout June. 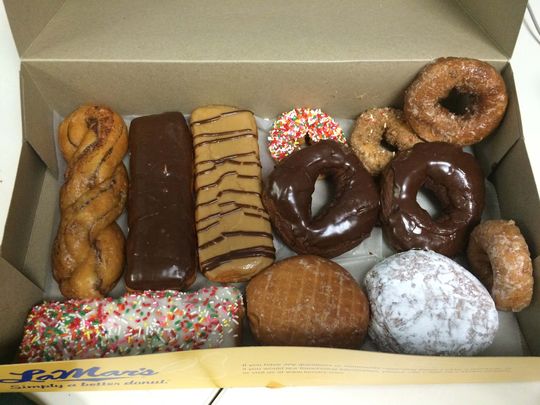 Get a free cup of coffee with purchase of a sconut (a hybrid scone and doughnut). This coffee shop and wine bar is a social enterprise of Catholic Charities Community Services.

This local doughnut shop will collect water donations to support the Salvation Army’s Extreme Heat Relief program. Bring a case of water to the shop and you will be entered to win a Rollover Donut party.

Starting at 5 p.m., Short Leash Hotdogs and Huss Brewing Company will serve doughnuts, beer (pair a doughnut with the Koffee Kolsch) and beer floats. Fried appetizers and draft pitchers are $2 off. Donate a case of water for a chance to win a case of Huss beer and gift card to Short Leash.

Buy a drink and get a free doughnut. Buy two dozen and get six free. Can’t make it into the shop? Place an order with Grubhub, which will deliver doughnuts to you. Phoenix customers who order a box of a dozen pre-selected assorted doughnuts and are in the delivery zone between N. 25th Avenue, W. Northern Avenue, W. Durango St. and N. 20th St. are eligible for a buy-one, get-one free special.